Internationally renowned photographer and platinum printer Salvatore Lopes has exhibited in the United States and abroad. He has nearly 250 images in museum collections including: the Art Institute of Chicago, the San Francisco Museum of Modern Art, the Chrysler Museum, the Museum of Contemporary Art in Los Angeles, the Cleveland Museum of Art, and the Musée de L’Elysée in Lausanne, Switzerland.

He has had more than 25 exhibitions at venues including: The International Center of Photography, The Art Institute of Chicago, The Chrysler Museum, The San Francisco Museum of Modern Art, the Williams College Museum of Art, and The Jepson Center at the Telfair Museum in Savannah.

His photographs have appeared in publications ranging from Newsweek and National Geographic to French PHOTO, Black & White Magazine and Shutterbug. Larger bodies of work have been published in the books The Wall: Images and Offerings from the Vietnam Veterans Memorial, published by Harper/Collins, and Living with AIDS: A Photographic Journal, published by Little Brown.

In 2013, the University of Hartford selected Salvatore Lopes as an Anchor Award recipient. The Anchor Award, the most prestigious award presented by the University of Hartford Alumni Association, recognizes alumni who have reached the highest level of professional accomplishment and possess absolute standards of integrity and character that positively reflect and enhance the prestige of the university.

The Water Lines book project is a collaboration between Salvatore Lopes and painter and writer Christine Arveil.

THE WALL: IMAGES AND OFFERINGS FROM THE VIETNAM VETERANS MEMORIAL 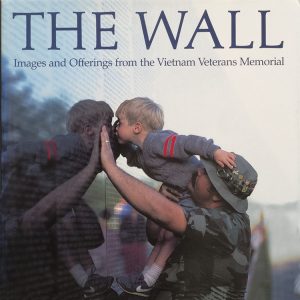 From Publishers Weekly: “This volume, to be published on the fifth anniversary of the dedication of the national shrine, includes photographs by freelance photographer Lopes and 16 other photojournalists, and excerpts of letters placed at the wailing wall by families, friends and war buddies of the dead and missing whose names are engraved there “the mystery of death writ in stone 58,132 times.” This American family album is deeply moving in its simplicity: “Damn you, brother why didn’t you come back? … I still love you, and I’d love you if you came back in one piece, or your arms or legs or mind gone.” Among the 75 poignant color and black-and-white pictures photographed with respect, a child is lifted by a veteran to plant a kiss on a name; flowers, teddy bears, flags and uniforms grace the polished black granite. In his introduction, Vietnam veteran and freelance writer Norman discusses the controversy over the Wall’s design and mourns a friend who substituted for him on patrol: “He may have died for his country or for his God or for nothing at all. For a long time, I thought he died for me.”

LIVING WITH AIDS: A PHOTOGRAPHIC JOURNAL

An unblinking look at the dignity and hardship of those valiantly living with AIDS, and the people in their lives.

From “Library Journal”: “Sal Lopes has compiled three separate essays. Analagous to his earlier collection on the Vietnam Memorial, his first collection here captures the emotional responses of visitors to the AIDS quilt. His next group offers dual protraits of PWAs and their volunteer caregivers, called “buddies.” The third collection offers candid and posed pictures of John and Sharon Boyce and their adopted HIV-positve children.”

From “Ingram”: “In the first book to look at the daily courage and humanity of people afflicted with AIDS, Lopes offers a vital message of encouragement, strength, and, most of all, hope. Introduction by Vicki Goldberg (The Power of Photography).”

To purchase a copy: The book copies for sale through Sal have been autographed by him, and are available while supplies last. If you wish to purchase a copy, please contact Sal directly.

PUBLICATIONS THAT HAVE INCLUDED WORK FROM SALVATORE LOPES

Salvatore Lopes is renowned for the platinum and silver printing he has done for clients.

The Water Lines book project is a collaboration between Salvatore Lopes and painter and writer Christine Arveil.